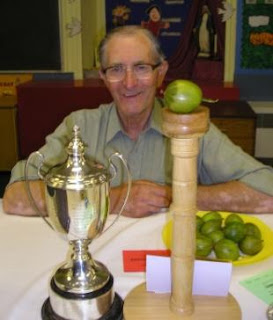 THE ancient tradition of competitive gooseberry growing has been rocked by one of the biggest battles in its 300-year history.

A 73-year-old amateur gardener from Whitby is attempting to wrench the world title for the planet’s biggest gooseberry from a professional grower in Cheshire.

But a breakaway system of berry measuring in Yorkshire could scupper the bid.

Mathematicians have verified that Bryan Nellist, of Egton Bridge, has smashed the 16-year-old Guinness World Record held by Kelvin Archer.

But he has been left stewing over official recognition because the equipment used to weigh his supersized berry has yet to be ratified by Guinness World Records.

Mr Nellist said: “It seems it is going to take some time.”

The two title contenders were weighed using different methods, leading to questions over whether Bryan’s gigantic goosegog was actually heavier than the one which had held the world record since 1993. 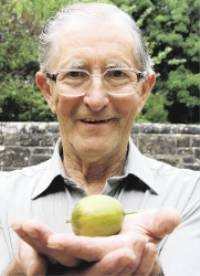 growers changed to a system of drams and grains, with a dram equalling 1.77g.

Mr Archer, head gardener at Cheshire Garden of Distinction Rode Hall and one of the most respected gardeners in the country, said: “They have had to get the mathematicians out to compare to two ways of measuring the weight of gooseberries, but if the officials and the mathematicians say Bryan’s is heavier, then good luck to him and congratulations.

“Getting it verified by Guinness World Records, however, is another matter, as I know from personal experience.”

Gooseberries have become a tourist attraction at 18th century Rode Hall, where Mr Archer uses a combination of the rich Cheshire soil together with a few secret ingredients
at 8:00:00 PM